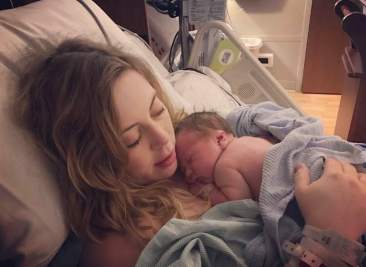 I remember putting the hospital gown on. I remember kissing my husband goodbye as he stood beside the rocking chair in Pre-op. I remember being walked into the O.R. by two women and saying hello to at least 6 more behind the double doors. I remember the cold. I remember my arms being strapped to the table beneath the bright lights. I remember crying.

The next thing that I remember is taking a picture of the tiny person in my bed the next day. I wasn’t surprised that he was there; 8 pounds of warm skin and wild light brown hair. I paused mid click and wondered when I had met him, and I didn’t know. Had I always known him? No, that wasn’t right. He was mine… and he was brand new.

That’s when I realized that I didn’t remember a single thing about the time I met my son.

But I wasn’t there.

They told me that our son was out of me 2 minutes from the time I was put under general anesthesia. They brought him to his dad when he was just minutes old, and they left him there and spent the next 30 putting me back together. They brought me to them both in the recovery room after.

They said that his dad held him tight at my bedside as I woke up unable to see: a complication of the general anesthesia and my psuedo tumor. He was there when I became hysterical, asking everyone every few seconds to please help me. I saw the pictures the nurse took of me, of the dark arm that I know so well reaching out to touch my shoulder beneath my unfocused eyes.

This was my introduction to motherhood.

Days later as we drove home from the hospital across the drawbridge, I looked down at the tiny sleeping human beside me that we’d made. He was here, and he was perfect. My heart was exploding with love for him. I was alive, and we were going home. We were ok. My husband and I had pictured this moment for so long. We’d talked about it. Planned for it. We’d prayed for it.  I’d been longing for that moment – the moment when I’d first meet the person who would change my life forever. The moment I would be with my husband and together we’d both see the one we’d love until the day we died.

That’s when I realized that despite my best efforts, I had gone into that hospital with expectations. I’d thought I’d prepared myself. I’d told myself that “birth plans” meant nothing to me in the long run, that my own experience wasn’t the important thing: going home with 3 people was. Yet still, as we drove through the storm I kept thinking that even though I had been completely at peace knowing that our beginning would be rough and painful, I had still counted on having one.

But if I’ve learned just a single thing in the 5 days that I’ve been a mother, it’s that motherhood doesn’t follow any rules.

But then he looks at me with his ocean colored eyes. He smiles with all of his gums. He leans his tiny head into my hand, and my heart doesn’t care about any of the details that mean so very little in the end. Jesus reminds me that the beginning is only the opening credits. Our movie reel is just barely kicking into gear, and I’ve got a front row seat.

And really, what could be more perfect than that? 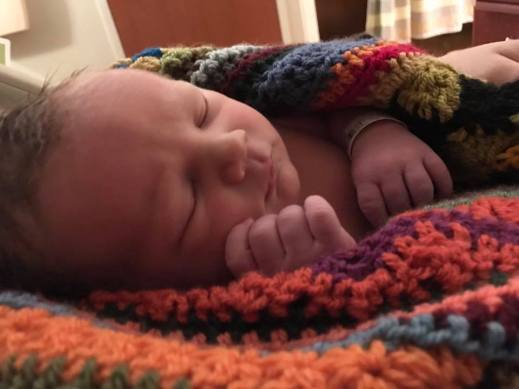 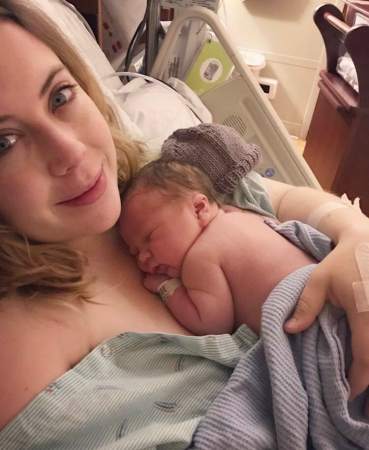 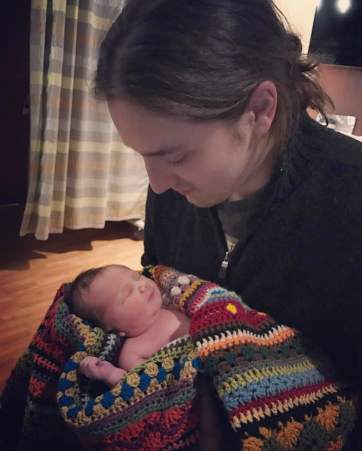